SRILA PRABHUPADA ON CHANGING HIS BOOKS

"Indian man (3): Do you believe that the Gītā should be followed as it is, or interpretation is another thing? Prabhupāda: Yes, yes. If you read somebody's book, you must read the author's version. Why should you bring interpretation? This is... You have no business. If you want to say something of your philosophy, you can say, but why do you take Bhagavad-gītā and give your own interpretation? That is very bad." Bombay, 1976) 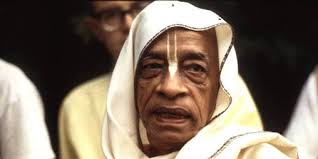 ​“If one is too big, there is no mistake. Arsha prayoga means there may be discrepancies but it is all right. Just like Shakespeare, sometimes there are odd usages of language, but he is accepted as authority. I have explained all these things in my preface to First Canto.” (Letter to Mandali Bhadra dated 1-20-72 )

Prabhupäda: Nothing of the... This of should be strictly forbidden.

Rädhä-vallabha: So no corrections. That makes it simple.

Prabhupäda: They can divide the synonyms. That's all.

Prabhupäda: That is his tendency, to correct. That's very bad. He should not do that.

Rädhä-vallabha: So I'll just forget this, then.

Prabhupäda: The system is: whatever authority has done, even there is mistake, it should be accepted.

Prabhupäda: Asa-präya(?) That is ha... He should not become more learned than the authority. That is very bad habit.

“Too much editing is not required. If Satsvarupa has already edited it, there is no need of further editing.” (Srila Prabhupada’s Letter to Rayarama 21-Dec-67)


Srila Prabhupada: "There are many jealous people in the dress of Vaishnavas in this Krishna Consciousness movement, and they should be completely neglected. A false acarya may try to override a vaishnava by a high-court decision, (2/3 hand vote) but Bhaktivinoda Thakura says that he is nothing but a disciple of Kali-yuga." (CC.Madhy., Ch.1, Text 218 / 220, purport)

BACK TO FRONT PAGE