ARSA-PRAYOGA
The Vedic principle of  Arsa - prayoga dictates, that you cannot find faults in or alter a spiritual masters text. You accept it - as it is - out of respect.

"A person who knows things as they are and still does not bear witness becomes involved in sinful activities.” 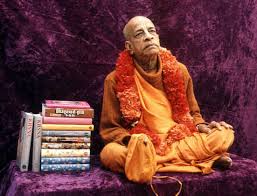 WHAT SRILA PRABHUPADA SAID ABOUT "ARSA-PRAYOGA"

"If one is too big, there is no mistake. Arsapreyaya means there may be discrepancies but it is all right. Just like Shakespeare, sometimes there are odd usages of language, but he is accepted as authority. I have explained all these things in my Preface to First Canto.”
(Letter to: Mandali Bhadra — Jaipur 20 January, 1972)

“So unless one is self-realized, there is practically no use writing about Krsna. This transcendental writing does not depend on material education. It depends on the spiritual realization. You’ll find, therefore, in the comments of Bhagavatam by different acaryas, even there are some discrepancies, they are accepted as arsa-prayoga. It should remain as it is.”
(Srimad-Bhagavatam 7.5.23-24 — Vrndavana, March 31, 1976)

"But one day while sitting in the garden with Tamala Krsna, Svarupa Damodara, and others, Srila Prabhupada became very disturbed when he detected a mistake in one of his already printed books. Tamala Krsna was reading aloud a verse from the First Canto which began, “Munayah sadhu prsto ‘ham.” Srila Prabhupada had him read the synonyms.
Tamala Krsna read: “munayah-O sages; sadhu-this is relevant; prstah-questioned… ”
“Sadhu?” asked Srila Prabhupada. Thus he uncovered a thoughtless mistake made by the Sanskrit editors. Sadhu means “devotee,” not “this is relevant.” Srila Prabhupada became very angry and denounced the “rascal Sanskrit scholars.” “A little learning,” he said “is dangerous. Immediately they think they have become big scholar, thinking, “I shall arrange!’ And then they write all nonsense.” He continued speaking about the mistake for half an hour. He was disturbed. He ordered Tamala Krsna to write at once to the BBT and stop these speculations by his disciples-changing his books in the name of editing. The devotees were startled to see Prabhupada so angry; he was supposed to be peacefully relishing a Srimad-Bhagavatam reading here in his garden. Such a change was very serious, he said, because it changed the meaning. “Even if the authorized acaryas would make a mistake,” he said, “it would not be changed. This is arsa-prayoga. In this way the acaryas are honored.”

(Srila Prabhupada Lilamrita, chapter 52 “I Have Done My Part”)